After a woman was coerced by her in-laws and husband to eat powder made of human bones as part of black magic to conceive a child, seven individuals have been arrested in Pune, Maharashtra. An area tantrik proposed the ritual.

A case has been filed against the seven people, according to Pune City Deputy Commissioner Suhail Sharma, under Sections 498 A, 323, 504, and 506 of the Indian Penal Code (IPC) and Section 3 of the anti-superstition act (Maharashtra Prevention and Eradication of Human Sacrifice and other Inhuman, Evil, and Aghori Practices and Black Magic Act, 2013).

The woman filed a First Information Report (FIR) against the seven individuals, including her in-laws, her husband, and the tantrik, on Wednesday (January 18), and the case was officially opened at the Sinhgad Police station.

However, according to news agency ANI, this was not the first time the woman had complained about her in-laws and her spouse. She had already lodged complaints against them on two other occasions.

In the first case, the victim claimed that her in-laws had requested some money and gold and silver jewelry as dowry when she got married in 2019. According to the complaint application, Section 3 of the anti-superstition and black magic law was implemented by the police in the second instance. 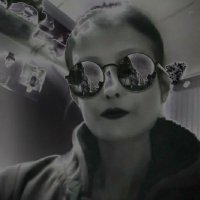 WATCH: A Trapped Leopard Rescued from the Ring-Well in Sambalpur, Odis...

What the 85 BJP MPs were doing? Congress attacks PM on 'The Kashmir fi...

Delhi Health Minister Satyendar Jain to be in ED custody till June 9 i...